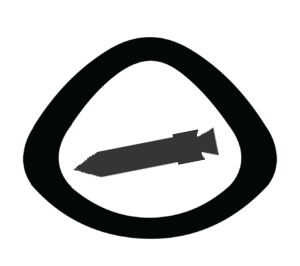 The Moon has piqued the interest of many space industry partners because of its valuable resources. Drilling is used to collect samples in the majority of lunar exploration missions, but taking heavy and powerful drills to the lunar surface is associated with a higher price tag. As a result, reaching deeper depths and collecting soil samples from beneath two to three meters remains an ambitious task in lunar exploration missions.

The motivation of this research is to present an alternative concept for collecting deep soil samples. A Soil Penetration Dart is a simple spear-shaped mechanism that will be deorbited from a lunar orbiter on a descending trajectory that will end in an impact on the lunar surface. When a dart reaches the surface, it gains enormous velocities, gaining enough momentum to pierce through the surface and reach a greater penetration depth.

Although several studies on lunar penetrators have been conducted, their primary focus has been on transporting instruments into deep soil layers. The SPD, on the other hand, is focused on returning a sample from deep soil layers to the surface via a sample collector device that will be brought to the surface using solid propellants.

We decided to begin our study with a focus on the moon due to the abundance of data and the possibility of conducting a test on the moon in the near future. The proposed SPD system will consist of a pool of several SPDs that will be launched as a secondary mission onboard a lunar orbiter or lander mission. This could allow companies to reserve a single dart from a pool of SPDs, dividing the cost of launch and development among multiple entities.