Welcome to the first development update post for the MDRS SSAM project hosted on our new site here at nexusaurora.org! In this post, we’ll introduce you to the SSAM system and show you what we’ve been working on.

SSAM stands for Scout, SAmple, and Map, and is being developed in conjunction with the Mars Society for the upcoming 2021 analog mission at the Mars Desert Research Station (MDRS) in Utah. Specifically, we’re aiming to develop cheap, redundant systems that can be used in swarms to quickly and autonomously develop high-fidelity maps of a target area. This information can be used for mission planning, identification of scientifically interesting sites, and basic mineral analysis.

SSAM revolves around individual rovers, called scouts, which autonomously move over terrain in large groups to collect soil samples in predetermined intervals. The scouts take readings of these samples and transmit the raw data back to a central computer to process it into information that can be used by humans. To decentralize the resources necessary to complete these tasks, we split tasks among the scouts like communicating with the base and conducting scientific experiments.

Designing a vehicle for operation in the harsh Martian environment is a long and complex process. After all, you only get one attempt at the real thing. That’s why space vehicle development often sees the deployment of new technology into analog environments. For MDRS, our simulated Mars is located in the sands of Wayne County, Utah, United States. While the MDRS site provides a good analog for our needs, there are some key differences to consider when setting out to design a rover. Technically, you’ll see variations in the actual vs analog temperatures, terrain, and atmosphere. Economically, designing an initial prototype for an analog mission means you may keep costs down by switching out or removing certain systems that can be reliably tested at another time.

For the 2021 mission, we’ve developed two robot variations, which we call Scout Drill and Scout Comms. Both operate off of the same chassis and their payloads are interchangeable to allow in-mission replacement.

The Scout Drill carries an internal drill which it uses to dig underneath the topsoil and collect a sample of the terrain. It then retracts the sample back into the Scout where we can conduct perform various experiments using our ample payload space before returning the sample to the surface.

The Scout Comms carries the heavier and more power-hungry communications equipment necessary to connect back to the central processing hub. To support these duties, it has an expanded electrical power system to produce and store more electricity. Currently, we’re also exploring connecting back to our team through Starlink, to more realistically simulate communications interference and losses. 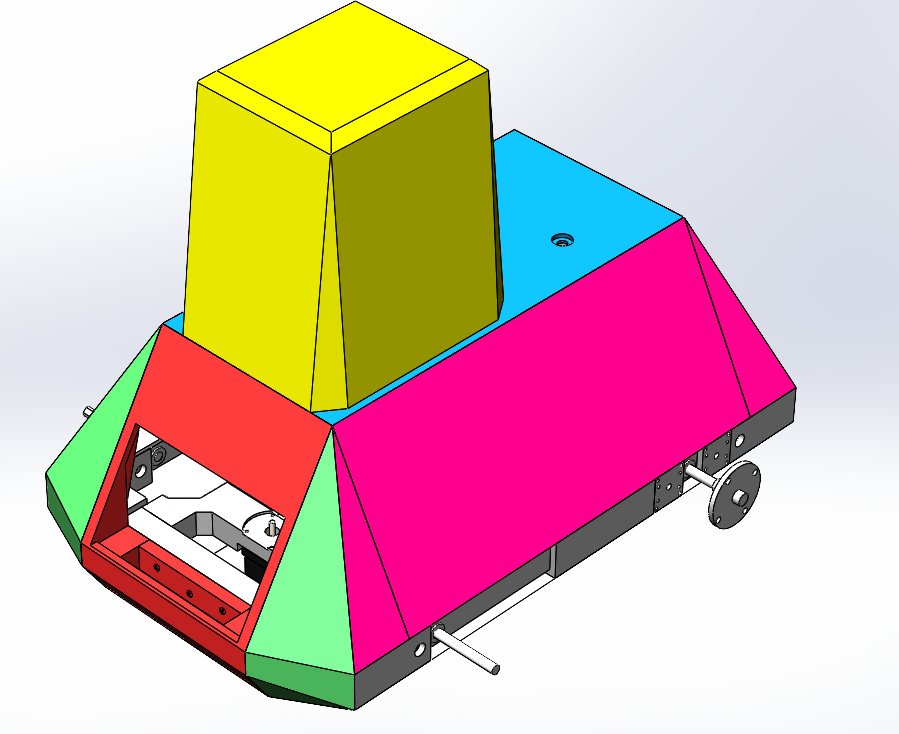 Our software team is hard at work to develop the various systems needed to run the SSAM mission, including a simulated environment where we can test and iterate our autonomous navigation capabilities. Look out for more information on that in our next update!

Hungry for more? Check out our other posts, explore more projects, or join our community Discord Server!